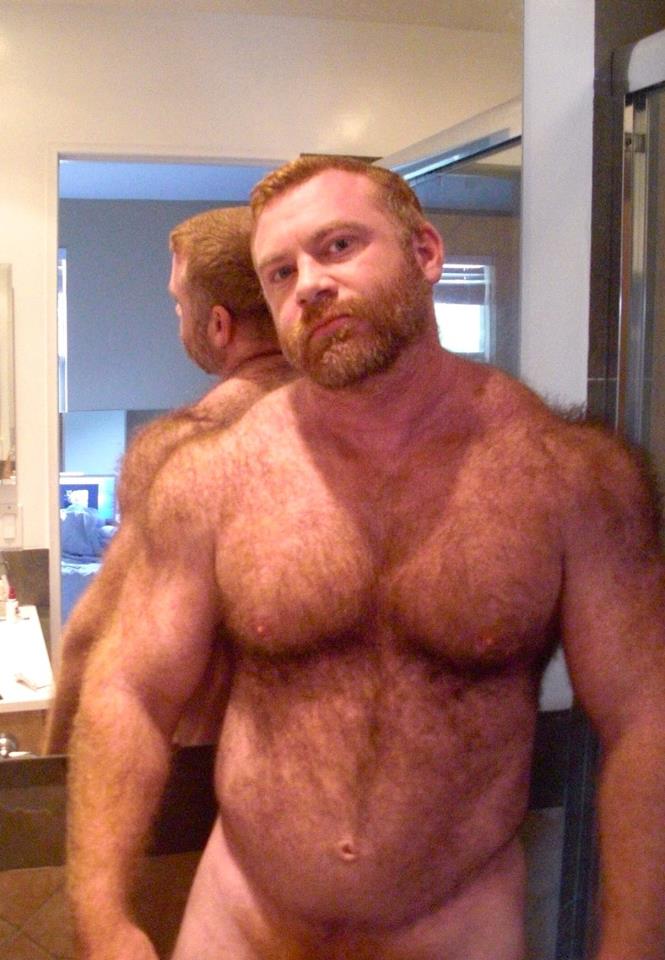 Fuck me before my Dad gets home

My college buddy Kevin’s Dad surprised me when I came home from class one day. He’d come for a surprise visit and let himself into our apartment.

I was rushing to get into my apartment as i needed to piss really bad, and I ran into the bathroom and was shocked to see him getting out of the shower. He scared the shit of of me.

“Shit, Mr. Larkin. You scared the crap out of me.” I said, once I’d composed myself.

“Sorry Ted. Just grabbing a shower. I was driving through town on my way back from a business trip and decided to surprise Kevin. I guess he’s still in class?”, he asked.

Uh oh. This was where it gets awkward. Kevin had pretty much moved out a couple of months ago and was shacked up with some cougar who worked at the local diner. He hadn’t told his folks, who were paying half our rent, and had sworn me to secrecy. “Um, probably. Either in class or studying. I haven’t seen him today.” I was doing the dance as I still had to piss bad. “Um, I really need to piss Do you mind?”, I said, nodding toward the toilet.

“Naw man, go ahead.” He said as he turned and bent over to dry his thick, muscular and hairy legs. He was now behind me as i pissed and I found myself staring at his hairy back and meaty, hairy ass in the mirror. His back was covered in a thick mat of ginger hair. And his ASS!! What a beautiful, round, meaty butt he had, just like Kevin’s, which I’d admired secretly since we’d met. 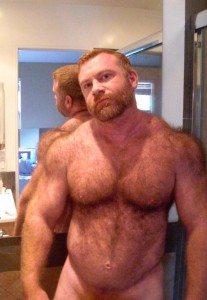 He then turned around and faced the mirror and was running the towel slowly over his body, almost seductively, his thick, uncut cock swaying below his thick, ginger bush. I stared, mouth open, at his beautiful dick and when I looked up, Mr. Larkin’s eyes were staring back at me with a seductive smile on his face. I hadn’t even noticed that my own cock was hr and that I was now pissing straight ahead onto the toilet tank.

We walked into my bedroom and positioned himself on hall fours at the edge of the bed, his ass just waiting for my hard cock. But I had other ideas. I dropped to my knees and buried my face in his hairy ass, his asshole framed by a thick mat of red hairs. I licked and sucked on his juicy hole, roaming my long tongue deep inside him causing him to jump each time. I reached between his legs and stroked his thick, uncut cock while I ate him out.

“C’mon, Man. Fuck me. I need that cock in me and Kevin’ll be home soon.”, he almost begged.

I knew full well that Kevin wouldnt be home anytime soon, but i played along with the sense of urgency. So I stood up behind him, positioned my cockhead at his wet hole, and began to push in. His ass was firm and tight and I gently pushed in further and further, listening to him grunt and moan as his ass opened up for the assault.

“C’mon Man, push it in.”, he moaned and as he pushed back, I pushed forward and suddenly my cock was engulfed by his ass. The sensation was incredible and I held my cock in place for a few minutes before I slowly began to fuck him.

As I fucked him, I ran my hands through the thick ginger hair on his back,marvelling at how soft and almost luxurious it felt. Then as I started to get closer, I pulled my chest to his back and wrapped my arms around him and squeezed his hairy, muscular tits. His nips were rock hard and when I pinched them, he grunted his approval. Soon, I couldn’t hold back and I screamed out loud as I unloaded in his ass. My orgasm was unbelievable and lasted for several minutes.

I pulled out of his ass with a *plop* and I stood up while he rolled over. But then he grabbed my hand and pulled me on top of him and he kissed me passionately while he held me against his furry chest in his massive arms.

That’s when we heard it…