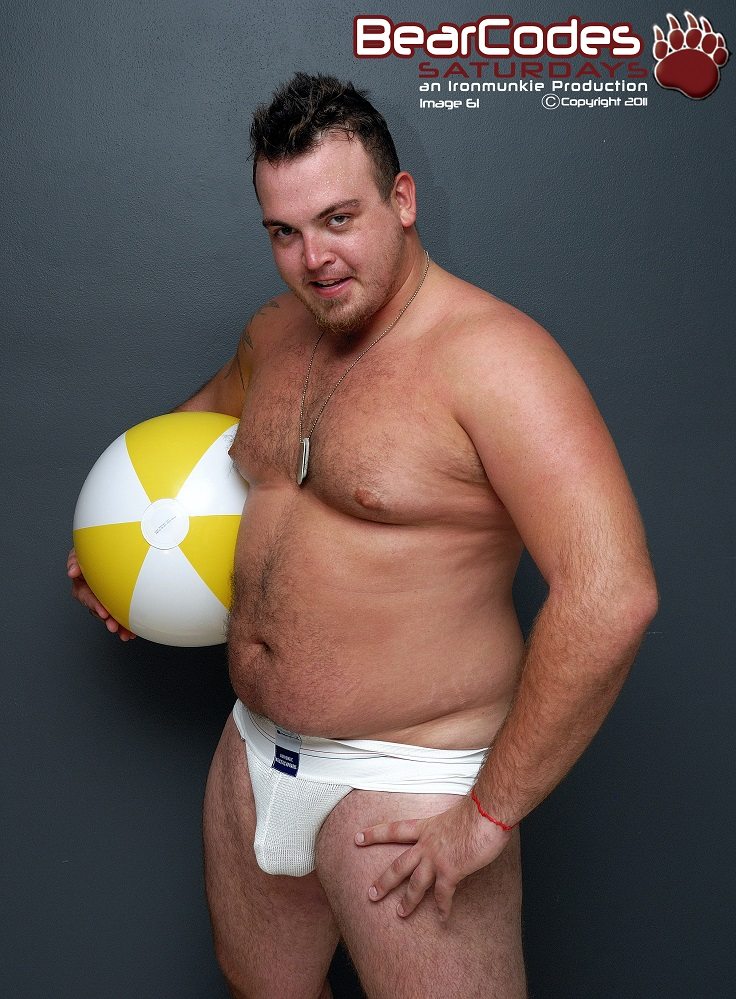 MonsterCub.com is intended to provide bear porn, erotica, educational videos, and slice of life to everyone.  I have a variety of models and strive to include all kinds of guys from all over the world.  I have always wanted to have my own variety show. I would say my fine art is theatre, so putting on a show and telling a story are something I strive to do. Gaining the notoriety that I have from my previous work has given me a sufficient platform to convey my ideas. I need to clarify one thing that a lot of my fans aren’t aware of, MonsterCub.com is MY WEBSITE.  I own the domain and its content.  I am one of the top models, there are some other guys I’ve filmed who show great potential.

(Q) Are you an IT guy or a creative guy? What do you plan to do next in the business?

I’m definitely the creative guy. I took classes in HTML and Flash before, but I’m too focused on choosing models, finding locations, and shooting/editing the action. I would rather pay someone to handle the back end for me. The whole process has been a great learning experience so far.

The next major venture in my business is to expand into merchandising and to up the overall production value.  I have gotten a lot of feedback from fans about how my editing is not all that, and I agree, I’ve only made about 100 videos, they aren’t perfect.  But in time they will get better.  As far as merchandise goes, we are working on a small line of tshirts with some fun sexy graphics on them.  I’m drawing some of the art with a digital pen, so there’s a learning curve.  I have also made a vibrating clone of my dick.  We are going to do a video of the whole process soon.

(Q) Where are you originally from? You don’t sound Southern, but you are such a gentleman in person.

I was born in Pinckney, MI. My dad was from Pennsylvania and my mom was from Ohio.  We moved to South Carolina when I was 7.  I may have picked up some of that Southern charm, but I also just had good parents who taught me to treat others the way I want to be treated.  I moved to Fort Lauderdale in July 2011 after I graduated from the University of South Carolina.

(Q)This week is BeachBearWeekend FTL. What’s your favorite part of the event or something we should be sure to see?

I will be dancing at Swinging Richards Friday night along with many other hot bears.  It’s always packed to the door.  The big party they have at the Mariott on Saturday is always fun. It’s great if you want to go to the beach or hook up with some of the out of towners at the host hotel.  RamRod Saturday night will be crazy woofy.  Sunday brunch at Rosie’s is classic, nice way to reconnect over great drinks and food.  I have met quite a few hotties during Sunday brunch.

(Q) Are you attracted to all kinds of guys, or mostly to bears/cubs? What do you find attractive?

I am attracted to all kinds of guys of all ages, shapes and races.  It’s the overall package that draws me in.  Bears and cubs are just more accepting of similar guys.  I also find I share a lot of common tastes and interests with Bears and cubs.  It took me a very long time to come to terms with the fact that I was a cub, now I love it.

I came out when I was 20. I had been sneaking around fucking guys since I was 16, the guilt of all the lies and shame eventually came to a head when I got into a car accident from drinking too much.  I decided after that since I lived through that, I could be strong enough to come out and embrace who I was.

(Q) Did you always feel comfortable and sexually adventurous, or did the bear community find you and turn you into the sex radical and star that you are today?